← more from
Relapse Records
Get fresh music recommendations delivered to your inbox every Friday.

End Of The War

from Open Hostility - Reissue by Razor 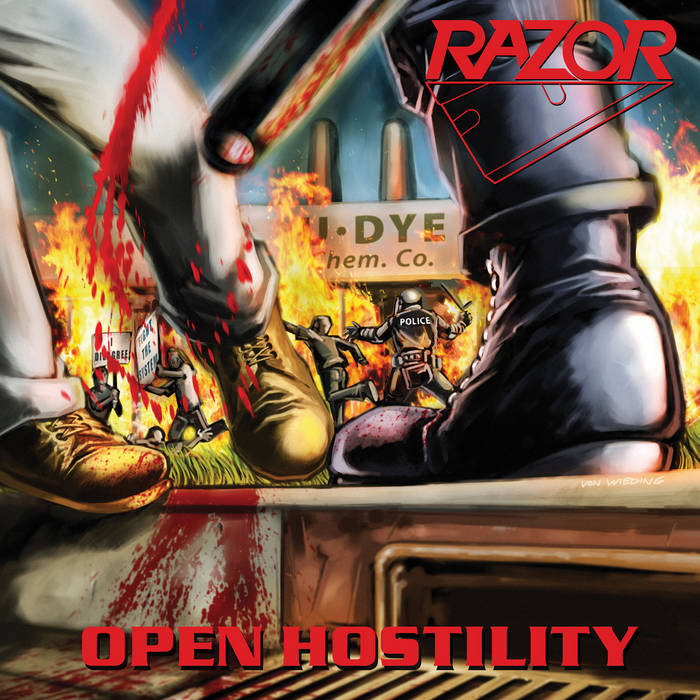 Soldier, I’ve given you orders, you’ve got to be ready to tight
Freedom is what we’re defending because it’s our God given right
Living a life without violence, I know that you wish it was true
Outlaws disturbing the world peace, now you know what you must do
Leaders who crush human rights
They know what they’re doing is wrong
Armies of organized death squads
They march to a different song
Rise up and teach them a lesson
They will not escape from the free
Force them to give up the slaughter
And then you will finally see
The end of the war
People who protest on our side, they think that all war is insane
Ignoring security threats, they can’t offer on alternate way
No one wants to wage warfare
But sometimes you don’t have a choice
No time for being naive
Instead we should speak with one voice
Hoping that we’ll see the day when war is a thing of the past
Power in responsible hands will see that this war is the last
Solving the issues around us depends on intelligent thought
Regardless, we need our armed forces
In case a new war must be fought
Even the score, finish this war
No more

Bandcamp Daily  your guide to the world of Bandcamp